Blue Stars Around the Garden, the Center & Hand Quilting

For several weeks I've been appliqueing the center for blue Stars Around the Garden. This is why the hand quilting progress has slowed down. 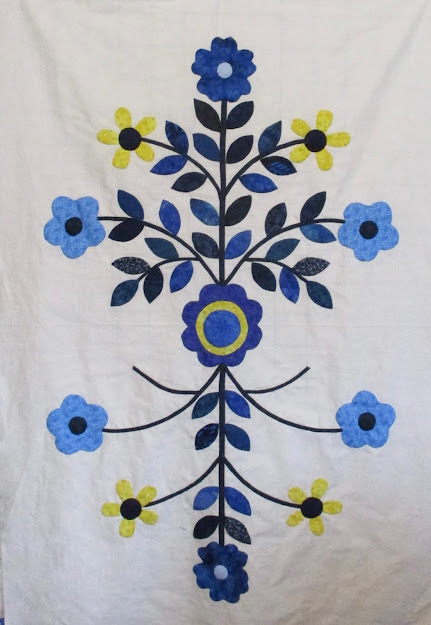 Hopefully I'll finish appliqueing the leaves this week then I can progress with sewing the sashing and blocks. I never cut the sashing segments ahead of time because I have already trimmed the center incorrectly (trimmed too much) then needed to make adjustments in the sashing.

I did make some hand quilting progress this week.

The center white sashing puckers didn't quilt out as well as they did on the other side but the right side had been especially bad. It does look a lot better than it did before quilting. 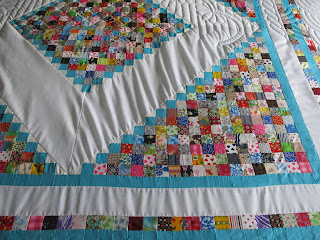 I had taken a close up of the quilting of the center after I quilted it this week but it disappeared into the void of wherever pictures go.
Linking to Patchwork & Quilts, Kathy's Slow Sunday Stitching,  Oh Scrap, Show & Tell Monday, Monday Making, Design Wall Monday, BOM's Away
Posted by Gretchen Weaver at 2:00 AM