Miss Jane's Best is ready for the quilting frame! This was fun little quilt to make. Right now she measures 14-1/2" by 18". It has been nice to make something small for a change. 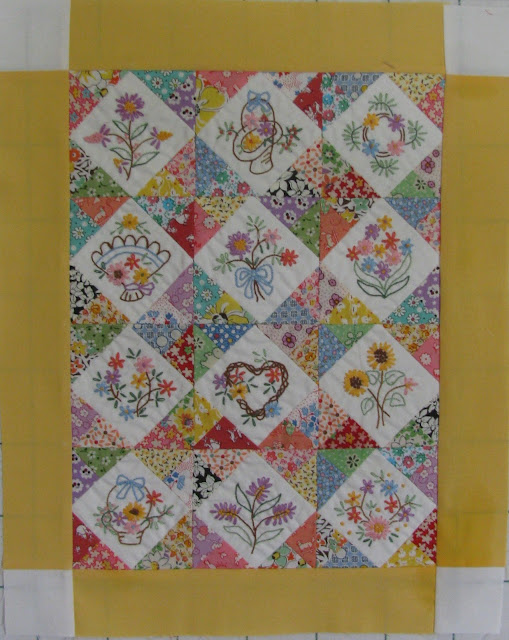 I took pictures during the process but I don't have pictures for every step. 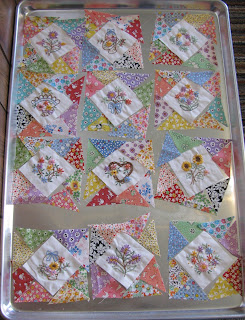 After I had trimmed the embroidered squares, I cut QST's and arranged them around each block. 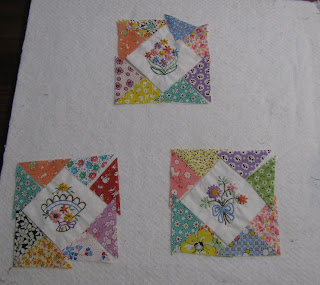 Several years ago, my friend Deanna made me a portable display board. It measures 18" by 18". It was very nice to carry the small blocks on. 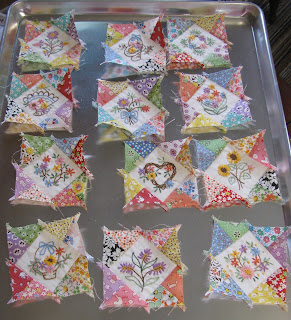 After the QST's were attached to the embroidered blocks.

Then I trimmed and squared the blocks up.

Sorry, forgot to take pictures after they were trimmed.

I web sewed the blocks together and again forgot to take a picture. 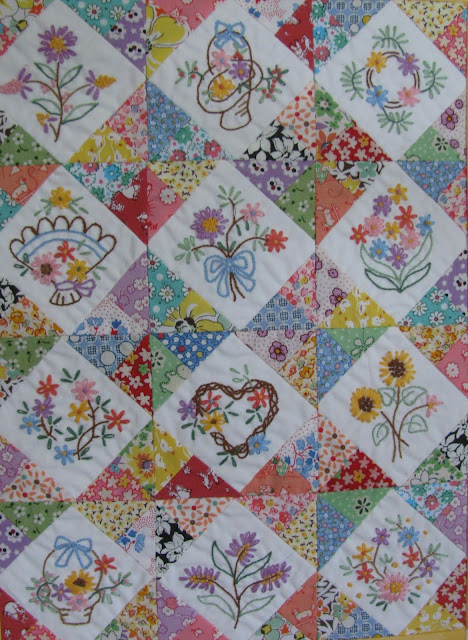 Here is a close up of just the embroidered blocks.

Miss Jane's Best was designed by Lori Smith. The instructions were clearly written. She even tells you how to press the blocks for sewing ease. Got to love that!

This was a kit I had purchased. The kit included all the fabrics you see including fabric for the binding. It also included the embroidery thread. I didn't use the yellow from the kit, it was a light pastel yellow. I never use pale yellow in my embroidery projects. I used my go to yellow, DMC #742. It's more gold shaded and just added more zing.

I had decided for the summer I'm going to work on small projects. Miss Jane has been the perfect small project.

Linking to Let's Bee Social, WIP's On Wednesday, Needle & Thread Thursday, Peacock Party, Confessions of a Fabric Addict, TGIFF!, Brag About Your Beauties, Finished Or Not Friday
Posted by Gretchen Weaver at 8:03 AM